The Minnesota Northern Wings ('08 Level) won the inaugural Walser Cup in dramatic fashion! Trailing 2-0 after the first period in the championship game, the boys rallied back to tie the game in the second period. After a scoreless third period, a great defensive battle pursued into the five minute four-on-four sudden death overtime. Neither team was able to score and it came down to a three man shootout. The first two Wings shooters lit the lamp with the old trusty triple deke. Wings goalie Kaenan Smith sealed the victory by stuffing both attempts by the Yuro Stars shooters. 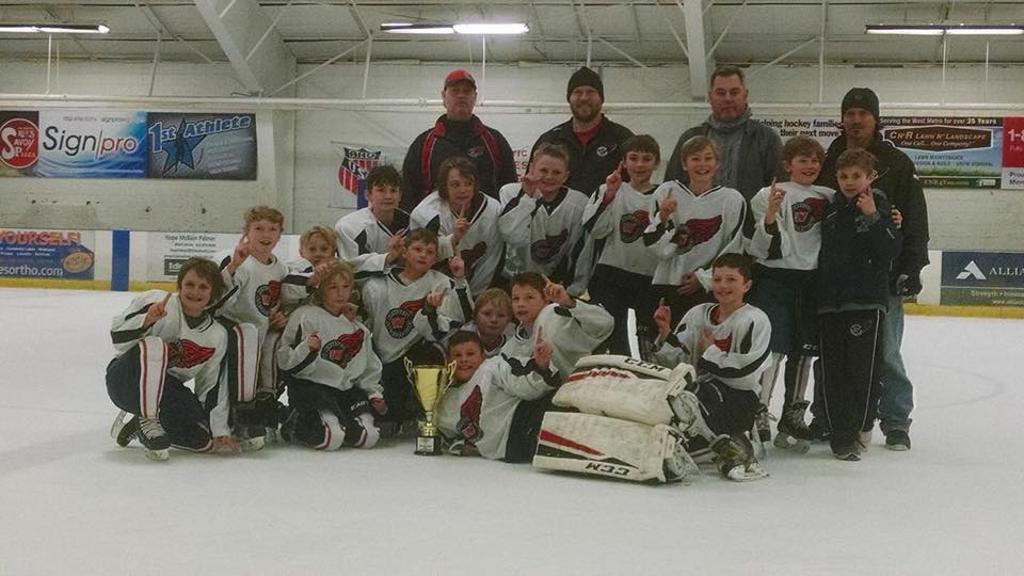